The death toll from a powerful storm battering the southern Philippines has risen to about 200, as rescue teams headed for affected areas.

At least 156 people are known to have died in Compostela Valley province alone when Typhoon Bopha struck Mindanao, local officials told the BBC.

Rescuers have reached most areas, but have had difficulty getting to some isolated communities.

Many were evacuated ahead of the storm, now over the western island of Palawan.

The typhoon is expected to move out into the South China Sea on Thursday.

Fe Maestre, government information officer in Compostela Valley, told the BBC’s Kate McGeown in Manila that rescuers there were working with the army and relief agencies, adding that an estimated 70% of the area’s agricultural land had been damaged.

Compostela Valley province, in eastern Mindanao, was said to be the hardest-hit area. Neighbouring Davao Oriental province was also badly affected, with reports of about 50 people killed.

In Andap village, in Compostela Valley, water and mud rushed down mountainous slopes to engulf a school and a village hall serving as evacuation centres.

At least 43 people were killed, with more reported missing and injured – including soldiers sent to help with evacuations.

While many lives have been lost, there’s a definite sense of relief in the Philippines that this disaster could actually have been a lot worse.

This typhoon was much stronger than Typhoon Washi, which took virtually the same path as Typhoon Bopha this time last year. Washi killed more than 1,300 people.

But this time people were prepared. They’d been warned by phone messages and the media, the government issued appeals and set up a special website, and soldiers even came to take people to safety from at-risk areas.

There were other influential factors too – in Washi rivers overflowed to a far greater extent than they did this time, and Bopha did slow a bit before it hit some vulnerable areas.

There’s still been substantial damage to homes, crops and infrastructure. But there’s little doubt that by being better prepared, many lives have been saved.

“They thought that they were already secure in a safe area, but they didn’t know the torrents of water would go their way,” Compostela Valley Provincial Governor Arturo Uy told local media.

A road into the town was blocked by debris, reports said, but the military said it was hoping to get helicopters into the area to assess the situation.

“The bodies are left lying on the ground in the open in New Bataan [town containing Andap village] and we don’t want to risk the spread of disease,” she told Agence-France Presse news agency.

Davao Oriental Governor Corazon Malanyaon said roads to dozens of towns were impassable because of fallen trees and collapsed bridges, telling local media getting into them was like “running an obstacle course”.

She said initial reports indicated that in one town, Cateel, 95% of buildings had been damaged. Twenty-three people had drowned or were buried under fallen trees or buildings there, she said.

Across the affected provinces, rescuers have also pulled out dozens of people from the mud, many of whom are now being treated in evacuation centres and hospitals. Most suffered facial wounds or limb injuries. 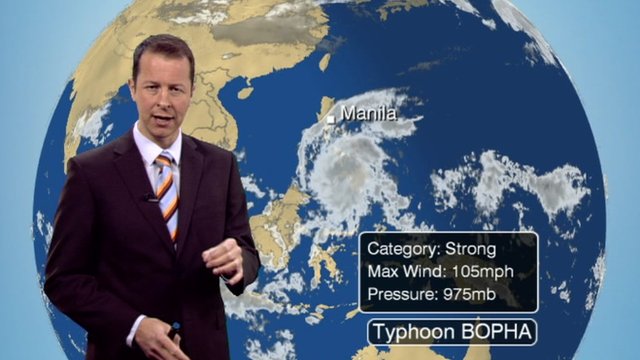 Dozens of domestic flights and ferry services in the central and south of the country were suspended, and schools and businesses were closed while the storm passed.

Bopha comes a year after Typhoon Washi killed more than 1,300 people in the southern Philippines.

The storm struck from 16 to 18 December, devastating the cities of Cagayan de Oro and Iligan on the island’s north coast.

Many of those who died were sleeping as Typhoon Washi caused rivers to burst their banks, leading to landslides. Entire villages were washed away.

Are you in the Philippines? Have you been affected by Typhoon Bopha? Send us your comments and experiences using the form below.

The Lagos State Government has ordered the closure of public and private schools in the state indefinitely.
This was announced in a press statement by the state’s Head of Public Affairs, Ministry of Education, Kayode Abayomi, on Monday.
The statement was titled, ‘Lagos directs students to stay at home’.
It quoted the Commissioner for Education, Mrs. Folasade Adefisayo, as saying that the schools were shut down over “tension generated by the #EndSARS protests.”
The statement read in part, “The Lagos State Government has directed all pupils/students in public and private schools to stay at home following the tension generated by the anti-SARS protests.
“A new date of resumption for all classes will be announced as soon as possible.”
Adefisayo added that “the safety of the pupils/students, parents and all staff working in schools is paramount at this critical period”.
She however advised parents to “keep an eye on their wards and not allow them to be used as willing tools in the hands of those who might want to hijack the protests to unleash mayhem on the society”.
The Commissioner also encouraged schools to “utilize other means of distance teaching and learning i.e radio, television and online media as they have been doing during and post the recent COVID-19 lockdown”.
Continue Reading

A Siberian Husky in Denver was accused of killing a neighbor’s cat and now sits in an animal shelter awaiting a trial.

Zuma, the 12-year-old dog who lives with Kevin and Valerie Kickham, reportedly wandered over to a neighbor’s yard in Central Park early August and took the life of a seven-year-old Tabby cat, according to FOX 31 News.

“It was only this one moment in time that I lost track of Zuma and something did occur,” Kevin confessed to the outlet with Valerie by his side.

Denver Animal Protection eventually picked Zuma up and has held him in their shelter since the alleged incident.

While Kevin and Valerie “feel bad” about the loss of the cat, they are very concerned for Zuma, whom they have sheltered since he was eight weeks old and call “son.”

“I remember him taking part of his first Thanksgiving turkey,” Kevin recalled fondly. “We fed him turkey in the bowl and next thing you know he actually jumped up and grabbed a piece of turkey for himself.”

A spokesperson for the Denver Animal Protection told the outlet that a judge may exonerate Zuma. If found guilty, however, Zuma could be put to sleep or relocated “somewhere outside the city.”

While they await the trial date set for mid-November, the Kickhams are allowed weekly visits to the shelter.

“Both of our last visits he wasn’t excited,” Kevin told the news source. “It’s been very hard.”

With the life expectancy of a Siberian Husky ranging from 12 to 15 years, the couple are fearful they may not have much more time together with Zuma.

“We know that it’s not going to be much longer,” Kevin added. “We’ve cherished every moment with him.”

The outlet said they have reached out to the family of the feline victim, but there has been no response.

#EndSARS: If there’s no change after one week, we will protest again – Naira Marley

Controversial Nigerian singer, Naira Marley has vowed to initiate a second phase of the #EndSars protest in the coming week if terms are not met.

This is coming after the incessant brutality and harassment of Nigerian youths by officers of the Special Anti-Robbery Squads, SARs.

The first phase of the protest started today, October 8th, led by celebrities like Runtown, Falz, and others within Lagos state.

Naira Marley who earlier backed out of the #EndSars protest applauded youths who supported the movement and has promised to lead a second phase.

The Tesumole crooner wrote in a tweet, “Respect to all the youths out there fighting for their rights and what’s right. God bless y’all.

“After a week if there’s no changes on this fsars issue as promised by nigeriapoliceforce then we will get back out there stronger. Stay safe and protest peacefully if u re protesting.

“They know My own crowd ya werey gan o #uncontrollably. I told y’all already 99% Marlians are not on twitter.

“Some of y’all will remain follower and never become a leader.”