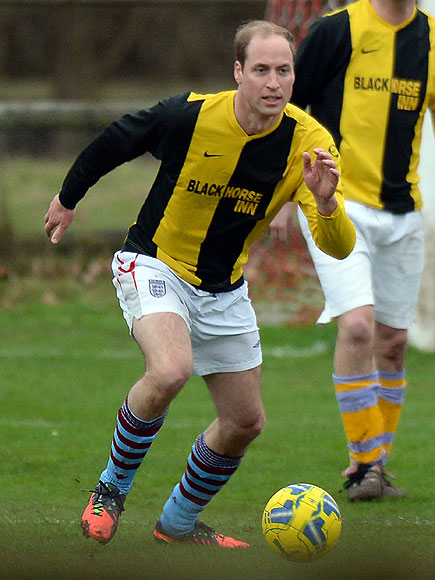 Competitive siblings Prince William and Prince Harry took to the soccer field for their annual Christmas Eve match at their grandmother Queen Elizabeth‘sSandringham Estate on Thursday.

The royal brothers joined forces on the same team for the charity game, which pits workers at the estate in Norfolk, England, against villagers from nearby Castle Rising.

And even though it’s a playful match, the brothers took the game very seriously. 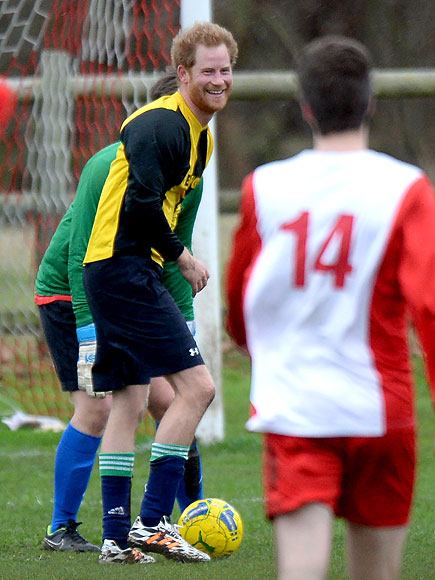 Both William and Harry warmed up before the game with a series of push-ups, jumping jacks and stretches before getting down to business on the muddy field.

Harry, 31, and William, 33, who were dressed in yellow and black for The Black Horse Inn, the local pub in Castle Rising, gave it their all during the spirited match. Harry went in for a header while William tapped the ball to a teammate with an impressive high kick. 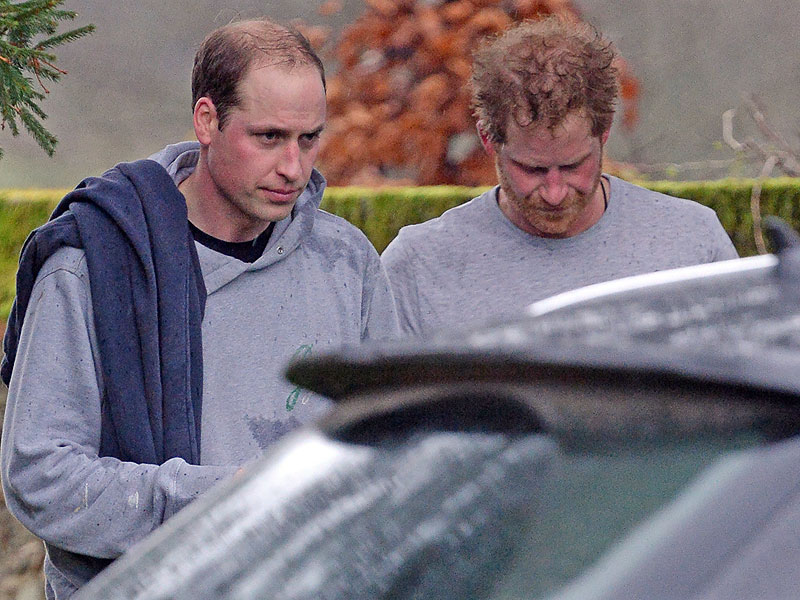 The sporty brothers are in town to celebrate the holidays with the rest of the royal family. After William and Harry clean up from their soccer game, they’ll gather with the others for a Christmas Eve feast, then it’s off to church tomorrow morning as the family makes their way for Christmas services at St. Mary Magdalene church.

What These 2 Rainbow Hair Selfies Tell You About Social Media

At Least 7 Dead, Including 7-Year-Old Boy, as Unexpected Tornadoes Rip Across the South and Midwest

Odion Ighalo announced his retirement from international football with Nigeria

He wrote on his IG page :

This is one of the most difficult career decisions I have had to take. It’s been an amazing 5 years journey, but after due consultation and extensive discussion with my family, I have decided it’s time for me to retire from the National team.

It’s has been an eventful and most memorable opportunity to serve my country with pride, passion and to contribute my quota to the development of our football, the memories would stay with me for a long time and I’m immensely grateful. It is now time to concentrate on Club football and give the younger players chance to learn and grow.

I would love to thank the NFF, coach Gernot Rohr for believing in me against all odds,to my teammates for their professionalism and team spirit without you guys I wouldn’t have achieved so much with this team.

To NIGERIAN football fans all over the world,I SAY THANK YOU, you were always there to cheer us on and our 12th players every time we step into the pitch. I will be watching and cheering the SUPER EAGLES from this side. THANK YOU…..signing OUT.