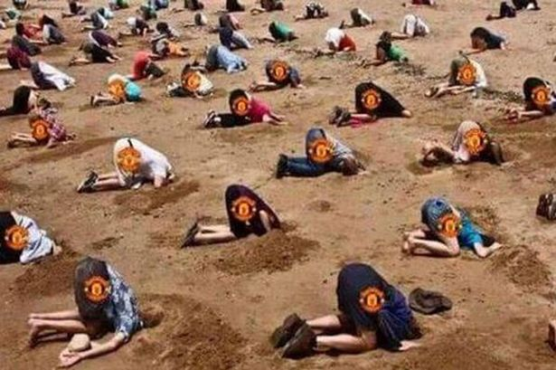 Greater Manchester Police have made fun of Manchester United’s poor form after the club lost to Bournemouth in the premier league on Saturday. It was the club’s second loss in successive matches after being dumped out of the Champions League at Vfl Wolfsburg last week.

Mocking the team’s defence, the pic tweeted showed rows of people with their heads buried in sand and the football club’s crest superimposed onto their bodies. They posted on Twitter “The Man Utd defensive squad has gone missing. We’ve located them on Bournemouth beach.” The tweet has since been deleted.

23 Meanest Things Celebrities Have Said About the Kardashians

Dream Team Players Receive $12,000 Each For U-23 Africa Cup Of Nations Victory