1. “I say to people all the time, if you want guidance for your fashion, just consider this: If a Kardashian is wearing it, don’t.” — Tim Gunn  in aninterview with HuffPost Live.

“I’m always saying to young people and actually even to adults, I don’t care what you wear as long as you don’t dress like a Kardashian. It’s vulgar, period,” — Tim Gunn in an interview with the New York Daily News.

2. “It’s not that you hate any of them individually, but it’s just that everything they stand for is against everything I stand for. And they’re not famous for talent.” —Rebel Wilson on an appearance on an Australian radio show.

3.”Is that a great message for little girls, a whole family of women who take the faces they were born with as, like, a light suggestion?” —Amy Schumer on Saturday Night Live in October 2015

4. “I think if we just remain deeply tasteful and just put deeply tasteful people on the cover, it would be a rather boring magazine! Nobody would talk about us.” —Anna Wintour, in response to the backlash against Kim Kardashian and Kanye West’s Vogue cover

5. “What is this cunt (‘I don’t smile much because it causes wrinkles’) doing on the cover of Rolling Stone? Music has officially died. Who knew it would beRolling Stone that Murdered it?” —Sinead O’Conner, reacting on Facebookto Kim Kardashian’s Rolling Stone cover

6. “Well … I guess I’m canceling my Vogue subscription. Who is with me???” —Sarah Michelle Gellar, on Twitter, after seeing Kim Kardashian and Kanye West’s Vogue cover. 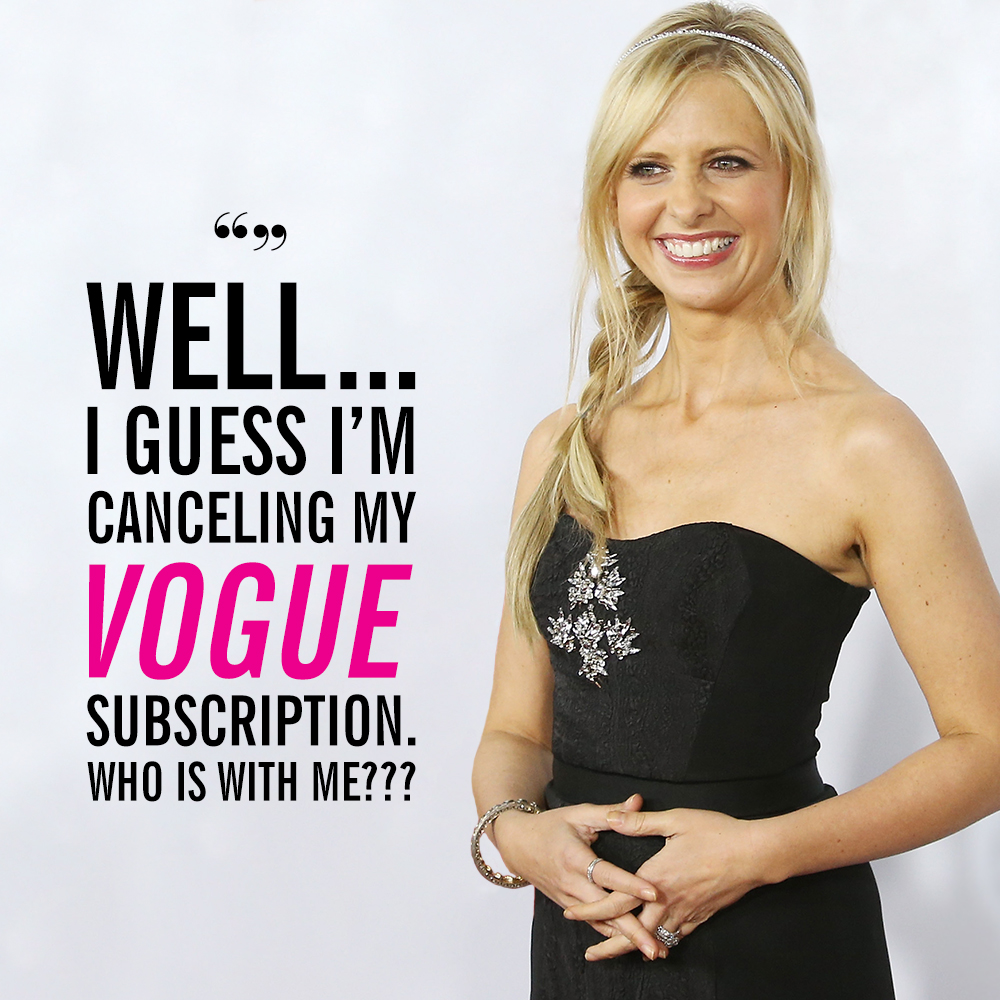 7. “The fact that the Kardashians could be more popular than a show like Mad Men is disgusting. It’s a super disgusting part of our culture, but I still find it funny to make a joke about it.” —Jonah Hill, toThe Huffington Post

8. “Look at the Kardashians, they’re worth millions. I don’t think they were that badly off to begin with but now look at them. You see that and you think, ‘What, you mean all I have to do is behave like a fucking idiot on television and then you’ll pay me millions.’ I’m not judging it — well, I am obviously.” —Daniel Craig, to GQ

9. “If a man feel like she perfect, then she’s perfect. He could mean it and you’ll end up singing the words to it because he’s Kanye. You know how it is? One man’s trash is another man’s treasure.” —50 Cent, in an interview with XXL Magazine about Kanye West possibly writing a song called “Perfect Bitch” about Kim Kardashian

10. “You don’t have any, forgive me, talent.” —Barbara Walters, in a 2011 interview with the Kardashians 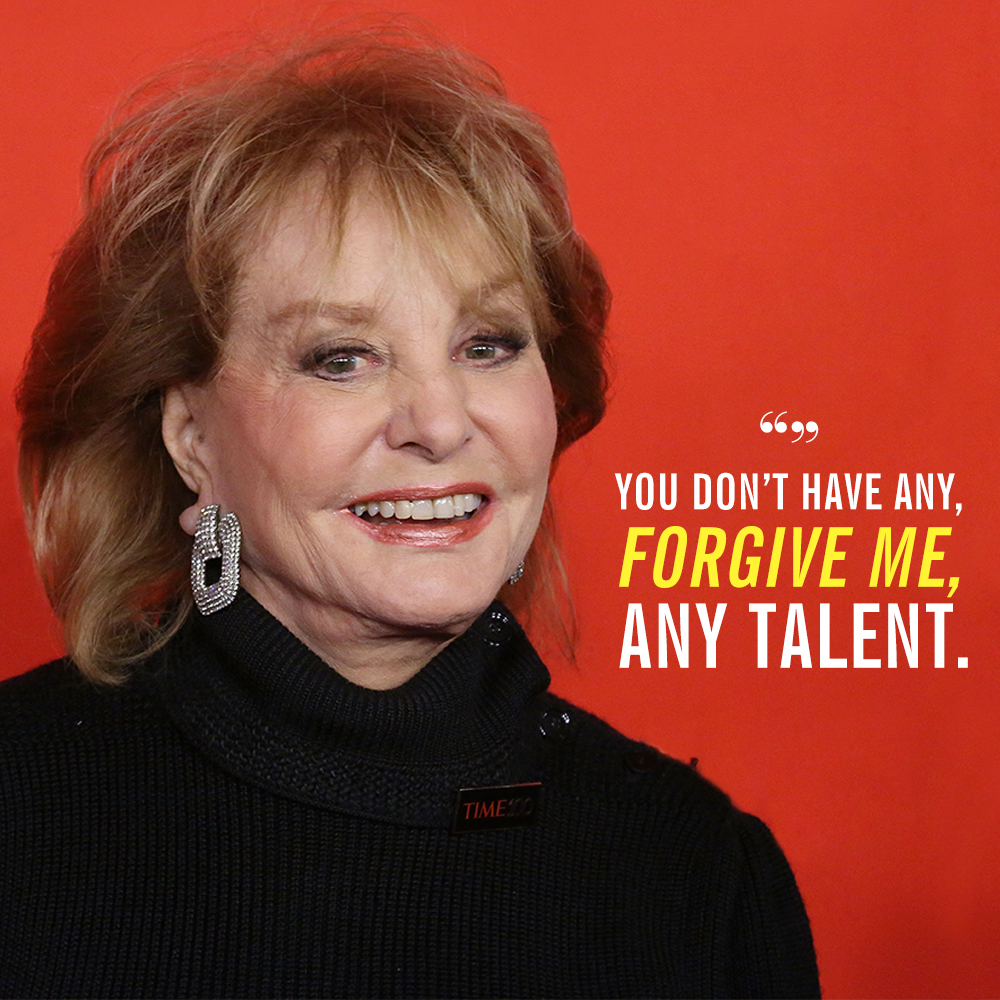 12. “They must sit there every day and go, ‘Um, uh, Kim, thank you so much for — remember when you sucked that guy’s dick and taped it and then released it and leaked it? … Thank you so much because now I’m on the cover of Sports Illustrated and I’m going to parties with Gucci Mane.’ … And it helps having an awful, shallow whore of a mother. That helps as well — to whore out your kids to make money. I think that’s a great example, something we should all aspire to here in America.” —David Cross, toThe Huffington Post

13. “Mom, you’re so embarrassing; you need to act your age. Desperate fucking whore.”— Kendall Jenner, on Keeping Up With The Kardashians (really!)

14. “The Kardashian corporation is cancerous and rotten and what they represent is bad and not good. They’re just an advertiser dollar vacuum and nothing more.” —Rob Delaney, to Cosmopolitan.com

15. “Whether it’s Paris Hilton or Kim Kardashian or whoever, stupidity is certainly celebrated. Being a fucking idiot is a valuable commodity in this culture because you’re rewarded significantly.” —Jon Hamm, to Elle UK 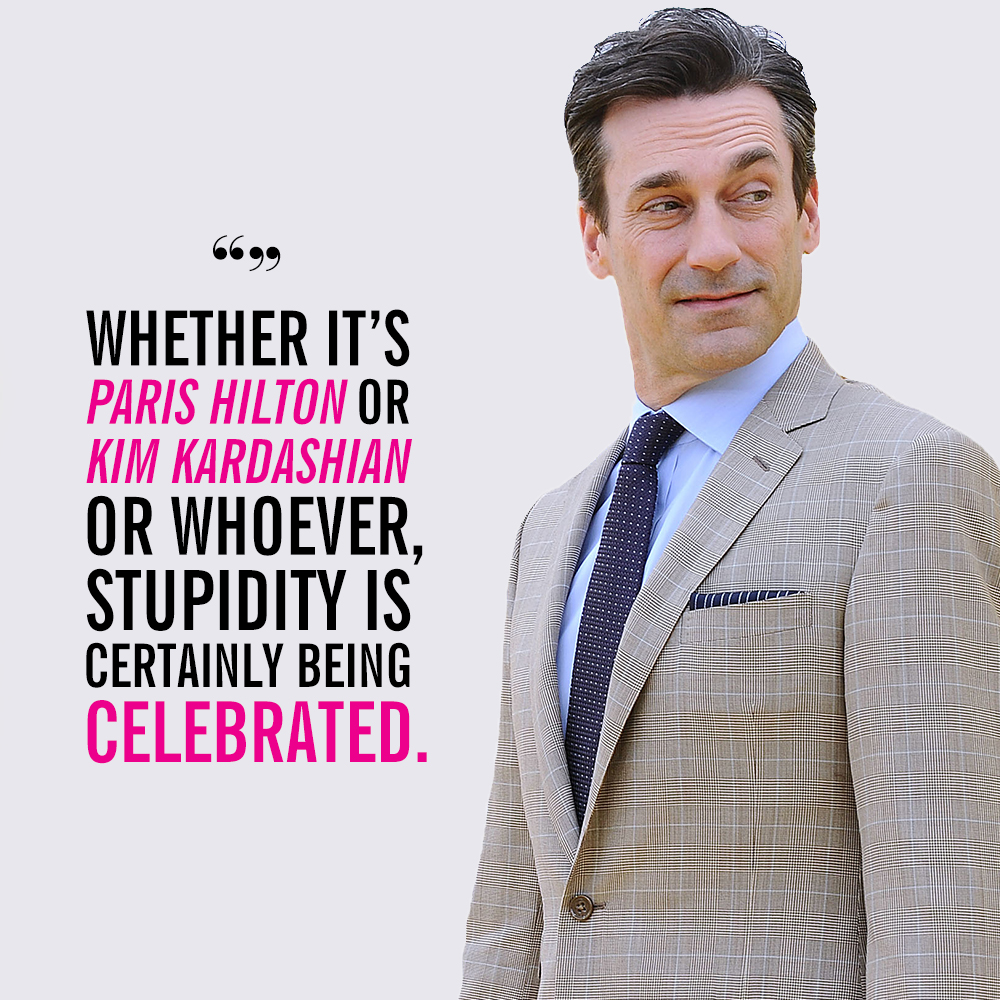 19. “I have no idea who that is, I’m sorry.” —Shailene Woodley, when asked to do her best Kylie Jenner selfie face at a red carpet interview for Divergent

20. “I’d like to thank my parents for providing me with a high IQ & I’d like to thank my grams for encouraging me not to be a self absorbed idiot” —Frances Bean Cobain, responding to Kendall Jenner’s tweet that she “Just wish[es] things could be easier sometimes mann [sic]”

21. “Last time I checked, Kim Kardashian had a sex tape floating around on the Internet and I’m pretty sure she made a lot of money off of it. She made a sex tape when she was younger and she wants to bash the girls on Teen Mom?” —Amber Portwood, defending the show to E! News after Kim Kardashian accusedTeen Mom making teen pregnancy look cool

22. “Oh, all those ridiculous people with zero talent who spend their lives making sure everyone knows their name. Those stupid, stupid people.” —Jeremy Renner, to The Guardian 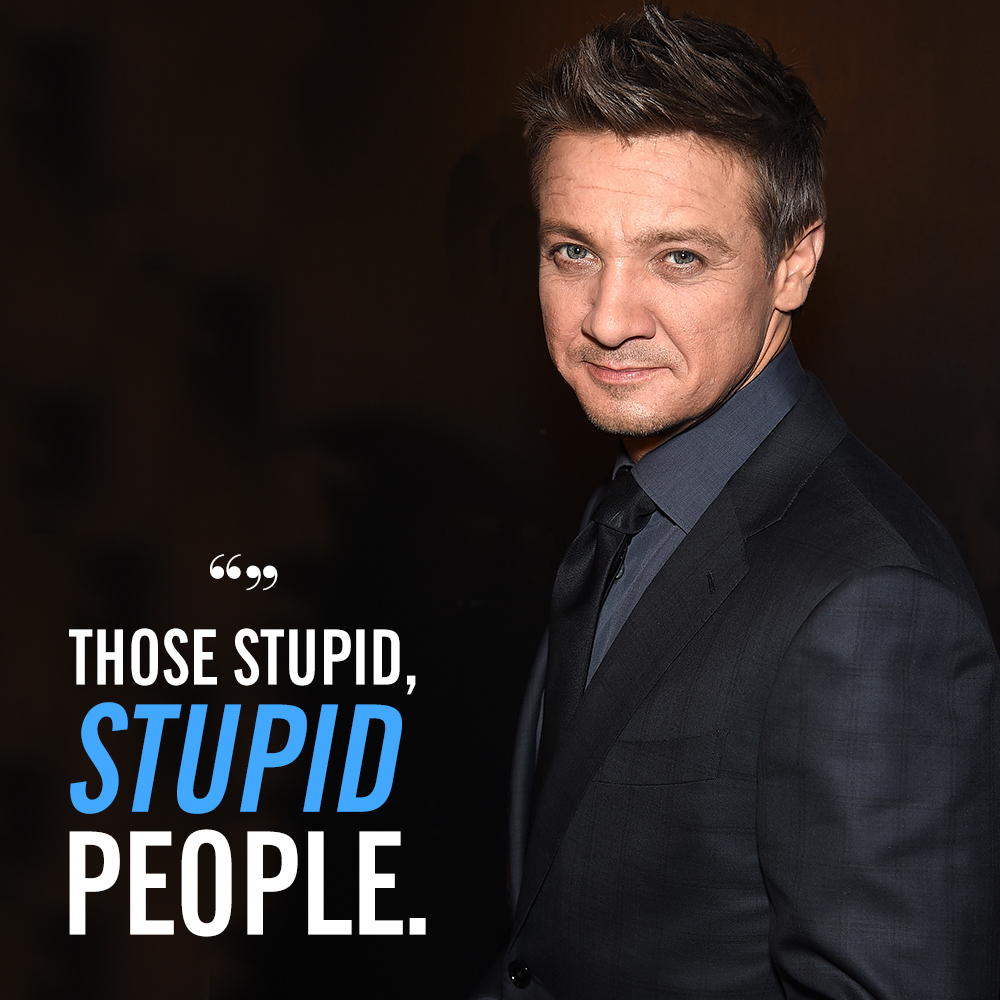 23. “I know it’s cool to be bad. I get it … But it’s also possible to make it in Hollywood without a reality show. When I came up in this business, if you made a sex tape, you were embarrassed and you hid it under your bed.” —Reese Witherspoon, throwing a subtle diss at the 2011 MTV Movie Awards
Related Topics:
Up Next

The outing came a month after production was briefly suspended due to a positive COVID-19 test on set.
“We have temporarily halted production on Mission: Impossible 7 until June 14th, due to positive coronavirus test results during routine testing,” a studio spokesperson told Entertainment Weekly, in a statement at the time. “We are following all safety protocols and will continue to monitor the situation.”
Continue Reading

“There’s been a spectre of death around my life : Veteran Actor RMD.

“None of my parents lived to be 60, so life for me is just about to get started.”

“Becoming 60 for me is even a bigger deal, so when July comes and I become 60. You know how the Bible says old things have passed away, I will truly become a new man because that is when I’ll make a bucket list. So all these things that you think I’ve achieved or done, for me it’s nothing, like zero.”

UAR is a joke i will return when the name ‘goes back’ to Nigeria: Tekno

Nigerian singer, Tekno has announced his now based in the United States.

According to ‘Tekno, he left Nigeria because the country’s name was “changed” to UAR. He said he would only return when the name ‘goes back to Nigeria.

The tag UAR is a joke that started after the House of Representatives received a proposal from a tax consultant to change Nigeria’s name to UAR which suggests Uthe united African Republic or Uthe united Alkebulan Republic.