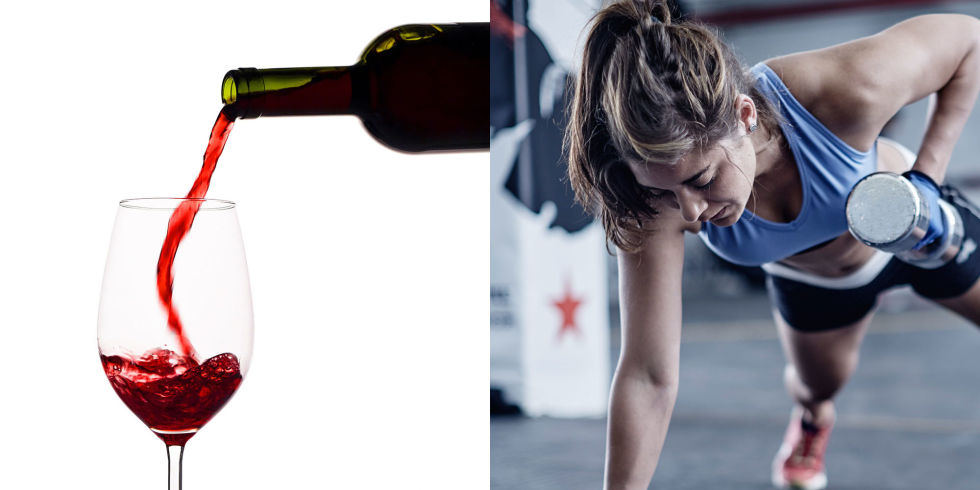 We’re in full festive-season swing. Christmas is just days away, and it’s likely most evenings between now and the big day will be booked up with some very important drinking sessions.

No time for the gym, then.

So we felt it was necessary to put all your worrying minds at ease that the lack of exercise plus the overindulgence of food will equal a new, larger you. Because this year some very important science was discovered: a glass of wine is basically just as healthy as an hour-long session in the gym.

What the hell have we been doing wasting all that time on the treadmill then, when we could have been doing some well-deserved drinking instead? What a joke.

The life-changing research took place at the University of Alberta in Canada. We always knew we liked the Canadians.

The researchers found that resveratrol, which is a compound contained in red wine, actually has a similar effect to that of exercise when it comes to health benefits.​ WELL, when you put it like that…

​ Resveratrol apparently improves physical performance, heart function and muscle strength.​ And let’s not forget all the muscle power we’re building when we raise and drop our arms regularly while drinking.

​”Resveratrol could mimic exercise for them or improve the benefits of the modest amount of exercise that they can do,” said the lead researcher ​Jason Dyck​.

There it is. In black and white. You can’t fight facts, you know.

So I don’t know about you, but I’m off for a long, hard session of drinking.

Bolt-ons, boosters, boob jobs inflatables: whatever you call breast implants, they’re not exactly seen as a medical miracle, or even a particularly dangerous procedure. At least 300,000 women are estimated to have had a breast implant procedure in 2014, and today’s surgeons emphasize a “natural” look that doesn’t look out of place on the body. You can have them inserted under the armpits to reduce scarring, and you can choose from round or “teardrop” shapes to suit your ribs and body. Today’s unhappy breast owners have the most surgical choices they’ve ever had — but their new bosoms have had a very long and peculiar history.

Breast implants these days are seen as a surgical commonplace, and usually only make the news when there’s something extraordinary about them — like the resourceful woman in 2011 who attempted to smuggle cocaine in hers. But if the weirdest story you’ve heard about breast implants concerns dramatic popping incidents, or perhaps the “inflatable” ones that you can adjust using a hidden valve, sit tight: the history of these babies is rife with invention, drama, and some very peculiar materials.

This is not for the queasy — but if you’d like to appreciate that your options for breast enlargement do not include paraffin injections or implants made of ox cartilage, this history of breast implants is for you.

Breast implants may be older than you think. The first implant surgery was done all the way back in 1895 at the University of Heidelberg in Germany, but it wasn’t really for cosmetic purposes. The doctor, Vincent Czerny, took fat from a female patient’s hip and implanted it into her breast, which needed reconstruction after the removal of an adenoma, or massive benign tumor.

So essentially the first “implant” wasn’t for uniform enlargement at all, but to reconstruct a breast after devastating surgery. In his published account of the surgery, which was successful, Czerny said it was to “avoid asymmetry” — but the simple quest to make a woman feel more balanced after surgery created a revolution.

The first real foreign substance injected into breasts to make them bigger was probably, horrifyingly enough, paraffin, which comes in both warm and soft versions and is largely made up of petroleum jelly. Its use for boosting the size of bodily objects was discovered by an Austrian surgeon, Robert Gesurny, who first used it on a soldier’s testicle to make it a healthier size. Inspired, he then went on to use it for breast enlargement injections.

The problem? Paraffin has horrible affects on the body. Gesurny’s “formula” (one part vaseline, three parts olive oil) and variations on it would look fine for several years, but then everything would go catastrophically wrong. The paraffin could do everything from forming a large, impenetrable lump to creating an enormous ulcer or causing total blindness, and the patients would often need a total breast amputation to save their lives.

Interestingly, paraffinoma has had a bit of a resurgence in Turkey and India recently … in penises. People have been, unwisely, injecting it at home as a method of penile enlargement, understandably horrifying their doctors. Word to the wise: don’t do this.

According to Walter Peters and Victor Fornasier, in their history of breast augmentation for The Journal of Plastic Surgery in 2009, the period from the First to the Second World Wars was rife with some very weird experiments in breast implant surgery — and the materials used will make your skin creep.

1940-1950: Liquid Silicon Injections With Cobra Venom
There’s evidence that Japanese prostitutes after World War II attempted to cater to the tastes of American soldiers by injecting their breasts with various substances, including liquid silicon. Silicon at that time wasn’t produced cleanly, and with other additives in the process designed to “contain” the silicon inside the breasts — cobra venom or olive oil, for instance — the results were, unsurprisingly, seriously horrible years later.

The serious worry with silicon in liquid form was that it broke apart, forming granulomas that could then migrate basically anywhere in the body they chose. Liquid silicone is still used — very rarely, in microscopic amounts, and only using medical-grade silicone that’s completely sterile — but it’s seriously controversial and can have pretty serious complications, so feel a lot of sympathy for the women who had a bulk of it swimming around their bodies.

The late ’50s were a golden age for breast implants — well, sort of. Inspired by the pointy-breasted aesethic of the decade, new ideas and inventions for implant materials popped up rapidly, as things discovered during World War II became available for civilian use. One was the Ivalon sponge, made of polyvinyl; another was polyethylene tape wound into a ball and encased in fabric or more polyethylene. (Polyethylene only started being produced commercially in 1951.)

But while they were noticeably better than paraffin, in that they didn’t gradually kill you, they also weren’t great for your breast appearance. After a year of cheerful buoyancy, they went hard as rocks, and shrank your boobs — often by up to 25 percent. Turns out their sponginess straight-up collapsed inside the breast. Ouch.

Breast implants as we know them these days — silicon as a cohesive mass inside a kind of “bag” — had their debut in the 1960s, developed by Doctor Thomas Cronin and his colleague Frank Gerow (who reportedly got the idea after a plastic bag of blood felt weirdly breast-like).

The breast implants were, unbelievably, first tested on a dog. Yep, the first owner of silicon breasts was a dog named Esmerelda, who kindly test-ran them. She would have kept them for longer, had she not started chewing the stitches after a few weeks. Poor Esmerelda was otherwise unaffected by the procedure, apparently (I have my doubts).

The first person to have silicon breast implants was Texan Timmie Jean Lindsey, who had approached a charity hospital to have some breast tattoos removed but instead consented to becoming a world medical first. Lindsey, who’s now 83, still has the implants today.

1964: First Saline Implants
Saline implants — where saline solution was the chosen filler for the “bag” instead of silicone — had their debut in 1964, when a French company produced them, as a hard silicone bag that could be injected with saline. The big difference with saline implants was that you had a choice: you could have them pre-filled before they were implanted, or the surgeon could “fill” them once the bags had been put in, like they were pumping air into a tire.

The real time for the saline implants to shine came in 1992, when the FDA issued a massive moratorium on all silicone-filled breast implants, worried about their possible health risks, and eventually stopped companies from selling them altogether. Saline implants picked up the slack, and 95 percent of all post-moratorium implants were saline.

2006: Silicon Gel-Filled Implants Given Approval by FDA
ANNE-CHRISTINE POUJOULAT/AFP/Getty Images
After over a decade out in the cold, silicon was allowed back into breast implants in 2006 — but in a new form. The FDA, after years of study and experiments, finally allowed silicone gel-filled implants onto the U.S. market. They and saline are now your two choices for modern breast implant surgery.

Today’s silicone gel is designed to feel a bit like human fat: it’s very thick, very sticky, and classified as “semi-solid”. It’s actually the fifth generation of silicon implant — the first was the one developed by Cronin and Gerow, and there were various innovations, including more secure coatings, thicker gels and more natural shapes, along the way.

So what’s next? We seem to be returning to the days of the “boob injection,” as people look for surgery-free methods of upping their cup size. An injection of the filler Macrolane is meant to take a few hours, but the results only last 12 to 18 months. There’s been a bit of controversy about it, though: radiologists don’t know how to treat Macrolane-injected boobs if they need chemo.

It looks like, for the moment, implants are here to stay — but stay tuned for what they’ll invent next to boost breasts to stratospheric sizes.

5 Fatty Foods That Are Good for You 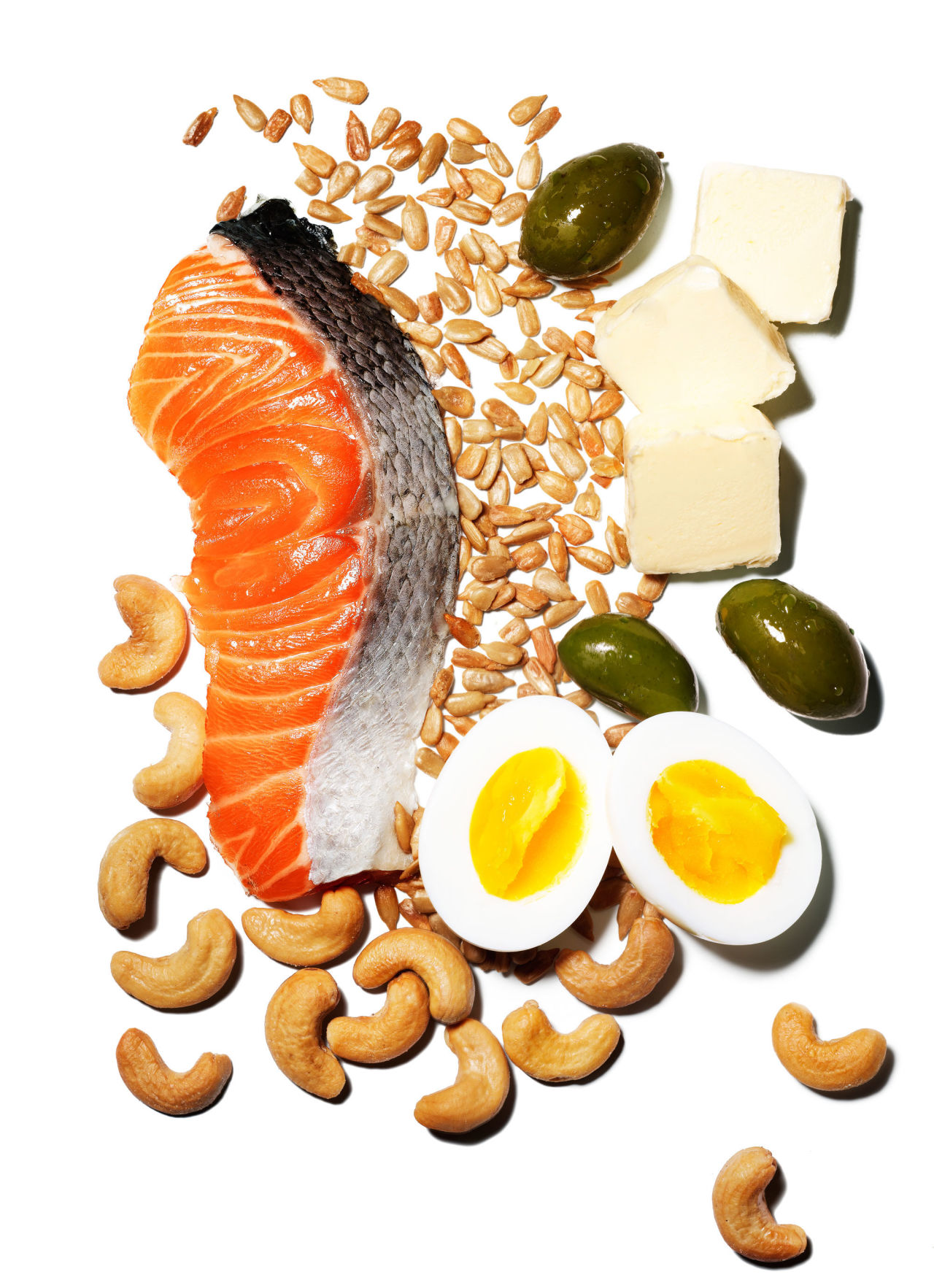 The right kinds (monounsaturated fats and omega-3 fatty acids) can reduce your risk of cancer and obesity, protect your heart, and make you brainier. If you’ve met your #AvocadoToastGoals for the week, try this other stuff.

Lean proteins (like salmon, tuna, amberjack, and mackerel) pack a ton of omega-3s. Add a cup of edamame for 8 extra grams of healthy fat.

Toss a handful on your salad. They’re high in protein, and most of the 16 grams of fat is heart-healthy.

It’s better than margarine, which can have must-avoid trans fats. One tablespoon on a slice of bread is a good limit.

Whites aren’t better! Unless you have high cholesterol, eat them whole (up to four per week). The yolk holds the omega-3s.

According to Vanguard, the hospital conducted a successful kidney transplant on a 56-year- old man in Lagos.

The life-saving procedure took two and a half hours.

Leader of the transplant team, a Consultant Nephrologist, Jacob Awobusuyi, said the initiative was conceived three years ago.

“Before the operation, both the 56-year-old recipient and the 26-year-old donor who was the patient’s nephew expressed concern. But after the operation they were both fine,” he said.