This aptly describes the Olokun Festival, with the theme “Traditional festival and the prospects of cultural dividends” which kicked off on October 1, with prayers to Almighty God at the Lagos Airport Hotel, Ikeja and to the grand finale of the Olokun Festival on October 22 at the Suntan Beach, Badagry, Lagos state.

The festival kicked off with prayer to God at the Lagos Airport Hotel as a way of committing the eleven-day event in God’s hand.

The press conference was held at White House Hotel in Ikeja to highlight the programme of event while the art exhibition came up at the Centre for Black African Arts and Civilization (CBAAC) in Lagos.

During the prestigious event, Enomhen Sylvester, a senior lecturer at the Lagos State University, Ojo, and guest speaker, whose lecture titled ‘Cultural heritage and modernity in Nigeria said that culture was the way of life of our people.

“Culture was held in high esteem in Africa, adding that it was people’s ways of life.”

He urged the youths to understand their cultural practices and ensure that they abide by then.

Also, Gani Adams, who is the Oodua People’s Congress national co-ordinator, said the lecture was designed to educate people about the various advantages they can confer on the desire for development.

“Our choice of theme is also informed by the need to direct our common  consciousness to the positive and negative impacts modernity, civilisation continue to have on our culture.

“By our culture and other vultures it is our intention to use this lecture to address not only the cause of this impact.

They all went home with N70,000, N50,000, N30,000 respectively and the questions centered on consonants, syllable and Yoruba numerical systems.

During the meeting between 75 traditional rulers from South west and Republic of Benin at the Olosa gala night of the Olokun Festival, Otunba Gani Adams urged them to protect the culture and tradition of the land and not neglect it because politics or monetary gains.

This act has made some people to disrespect some traditional rulers while some of them have been dragged to court.

“Festivals belong to the traditional rulers in Yorubaland, because it is your responsibility to lift the culture and tradition high in the land.”

At the grand finale, the chief promoter, Olokun Festival Foundation (OFF) and Oodua Progressive Union, Europe, Otunba Gani Adams said the culture of religious observances and traditional festival celebrations hold a pride of place and are held sacrosanct by the Yoruba people.

“Among our people, the respect for deities are anchored on the belief in their importance permeates all facets of the religious rites of the Yoruba.

“Likewise, the veneration of these deities through festivals call for our attention to their significance in sustaining unity, peace and prosperity in our communities,” he said.

Also, the DG, Nigerian Tourism Development Commission (NTDC), Sally Mbanefo added that culture contributes to the GDP of any country and tourism is the greatest employer of labour.

“Let us not forget our language and where ever we find ourselves, parents should teach their children their language because it is their cultural heritage,” he concluded.

Guests rise up for prayers

Guests at the high table.

source niaj.com
Related Topics:
Up Next

In the video shared online, the elderly woman can be seen on the floor while the embassy staff tried to force her out.

“Go out. Stand up.” he kept telling the woman, all the while handling her roughly.

But the woman was adamant and said, “Kill ma nau. How can I go out? Kill me. Don’t touch me hand again oh.” The lady was attacked after she said she wanted to return to Nigeria. See video

Femi Otedola andAliko Dangote together with Cecil Hammond, the CEO of Flytime Group are among the top dignitaries attending FIFA ‘The Best Awards’ which is holding in London tonight.

So sweet:Cute photos of Ubi Franklin & son, Jayden, as they walk the runway together 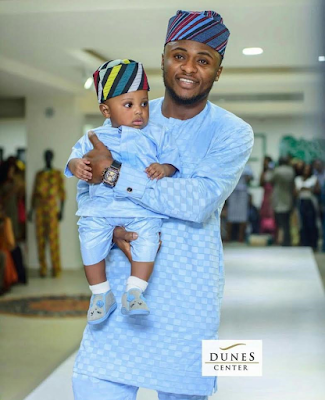 Father and son modelling session! Ubi Franklin and his son with Lilian Esoro, Jayden, walked the runway for a fashion store. Another photo after the cut… 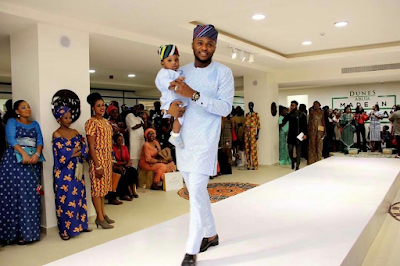