After a literal run-in during a recent football game, University of Georgia player Prather Hudson wasn’t going to waste an opportunity to ask out the sideline reporter he had just accidentally tackled on camera.

“Really sorry I knocked you down,” he tweeted on Monday at Laura Rutledge, an anchor and reporter for ESPN.

He added an emoji of a smiley face wearing sunglasses, in case his point wasn’t already clear.

Rutledge, who is married to professional baseball player Josh Rutledge, took it all in stride — shooting Hudson down gently and succinctly. She tweeted back a crying-laughing face.

Hey @LauraMRutledge really sorry I knocked you down, but… I can pick you up at 7 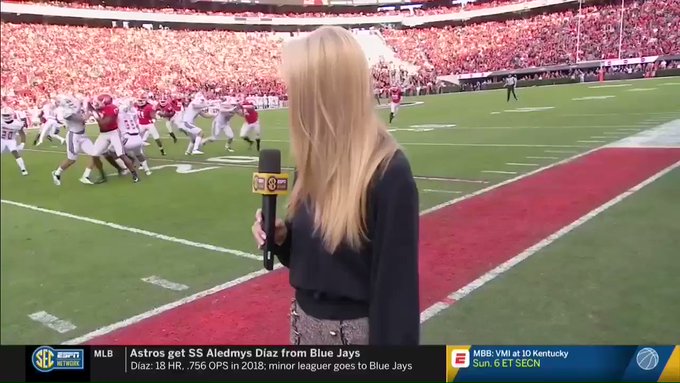 Took an L in Athens today. So many thanks to everyone at @UGAAthletics for their help after this happened…even though I’m a Gator

Their collision had been captured by TV cameras during Georgia’s game Saturday against the University of Massachusetts.

According to the Macon Telegraph, Hudson, a redshirt sophomore tailback from Columbus, was blocking another player when the two were carried out of bounds and slammed into Rutledge.

Unfazed, she later shared a clip of the moment on her Twitter.

“Took an L in Athens today. So many thanks to everyone at @UGAAthletics for their help after this happened…even though I’m a Gator,” she wrote.

The back and forth was fodder for sports fans online, some of whom lauded Hudson for his confidence and others who couldn’t help dunking on him for the unsuccessful brava

My girl @LauraMRutledge went viral for taking a huge sideline hit and getting asked on a condolences date. Definition of shooters shoot. @prayhud. https://bars.tl/Tdw5Qduf0R

In case you missed it, ESPN’s Laura Rutledge (have I mentioned she’s my best friend?) had herself QUITE a weekend in Athens, Georgia. First, she got dragged by UGA on national TV… https://twi 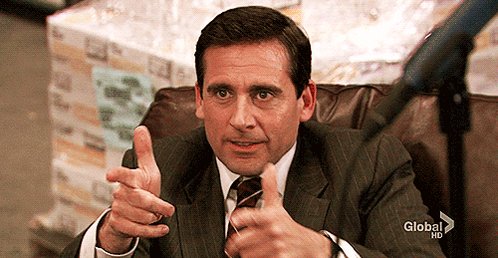 Radio host Kayce Smith, a friend of Rutledge’s, also joined in, tweeting, “My girl @LauraMRutledge went viral for taking a huge sideline hit and getting asked on a condolences date. Definition of shooters shoot.”
Related Topics:
Up Next

Veteran actress. Shola Sobowale Said God Ordained Me To Be An Actress

Laura Ikeji reveals how to handle an unfaithful husband/boyfriend.

The outing came a month after production was briefly suspended due to a positive COVID-19 test on set.
“We have temporarily halted production on Mission: Impossible 7 until June 14th, due to positive coronavirus test results during routine testing,” a studio spokesperson told Entertainment Weekly, in a statement at the time. “We are following all safety protocols and will continue to monitor the situation.”
Continue Reading

“There’s been a spectre of death around my life : Veteran Actor RMD.

“None of my parents lived to be 60, so life for me is just about to get started.”

“Becoming 60 for me is even a bigger deal, so when July comes and I become 60. You know how the Bible says old things have passed away, I will truly become a new man because that is when I’ll make a bucket list. So all these things that you think I’ve achieved or done, for me it’s nothing, like zero.”

UAR is a joke i will return when the name ‘goes back’ to Nigeria: Tekno

Nigerian singer, Tekno has announced his now based in the United States.

According to ‘Tekno, he left Nigeria because the country’s name was “changed” to UAR. He said he would only return when the name ‘goes back to Nigeria.

The tag UAR is a joke that started after the House of Representatives received a proposal from a tax consultant to change Nigeria’s name to UAR which suggests Uthe united African Republic or Uthe united Alkebulan Republic.