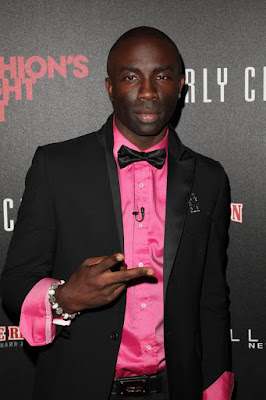 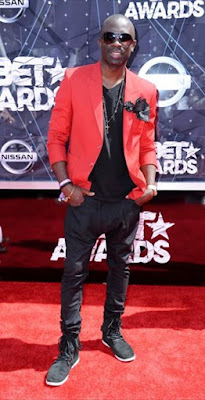 40 year old British-born/Ghanaian TV actor and model Sam Sarpong died in Southern California after jumping to his death from a bridge on Monday afternoon in Pasadena, where he lived. The Los Angeles County coroner’s office says the case is being investigated as a possible suicide. But the official cause hasn’t been determined yet.
Pasadena police say he jumped from the Colorado Street Bridge following seven hours of attempts to talk him down.

Sarpong had a series of small roles in movies and TV shows, including “Bones” and “Boston Public” and co-hosted MTV’s 2006 show, “Yo Momma.” He was also Omoni Oboli’s husband in the movie, Anchor Baby.

He was also a model for Tommy Hilfiger and other fashion brands, he was also the first black male model to do a Louis Vuitton editorial campaign.
He is survived by his father and his sister June Sarpong.

Omoni Oboli has been devastated by his death. She wrote:

“Have mercy Lord!!! I have been balling my eyes out for the last hour! I can’t deal with this! God knows I can’t! My husband in the movie ‘Anchor Baby’ gone like that! I have never met a more positive guy in my whole life! He’s the most genuine, God fearing, lovable character you’ll ever meet. What is in this life now?  all the hustle! Over! Just like that! I’m MISERABLE! God speed fam! Rest in the bosom of The Lord!