Over Super Bowl weekend, Bow Wow and his girlfriend Leslie Holden were both arrested. Police took both of them into custody early Saturday morning (Feb. 2) in Atlanta following a 911 call Holden made in which she said the rapper assaulted her.

In the call, which TMZ has since obtained, Holden claimed that she escaped his apartment to make the call.

She also said that Bow Wow hit her numerous times, took away her phone, and trapped her in a room.

Holden wasn’t the only person to call the police over the fight, as it’s been reported that the apartment building’s manager received a complaint about the fight which led her to call the cops.

The resident told the manager that they heard a man saying that he would “Slap the fuck out of this bitch.

” Bow Wow and Leslie Holden have both sustained injuries in the fight, with the rapper claiming that she threw a lamp at him prior to their arrest.

The police report that was shared on Monday stated that Bow Wow “hit her in the head,

pulled her by the hair, dragged her from her bedroom… and told her to get the hell out.”

He maintains that he only told her to leave the house, which prompted her to throw a lamp at him.

The lamp didn’t hit him, but she did scratch his face, the injury of which can be seen in his mugshot. 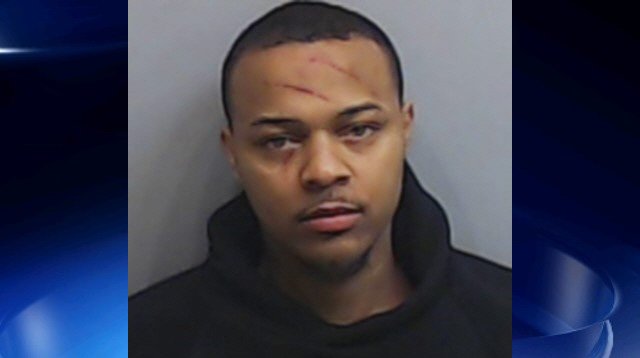 An officer at the scene said he saw the broken lamp on the floor,
as well as broken nails and red marks on Holden’s fingers. Holden said she broke three ribs during the fight.

You can listen to the 911 call below.

“I Can Not Choose Between My Marriage And Career”- Actress, Amanda Ebeye

Banky W and wife adesuaetomi, welcome their first child together he confirmed their new arrival in his Birthday message to his wife.

“Happy birthday to my lady, my love and Purpose Partner,
My world, my wife and Baby Mama.

I didn’t think it was possible for you to be more beautiful than you already were… but I was wrong.

You’re grace and favour personified, and you’re so much more.

Words cannot properly express how grateful I am for you, how much I love you, or what we’ve been through.

I’m thankful that you’re mine
And that God made everything beautiful in His time
He turned our tears into triumph, and our loss into laughter
He’s changed our lives forever, here’s to the next (and best) chapter
Nothing I can say or do can top what He gave us
My baby had a baby and he’s everything we prayed for

‘If a man buys you flowers, buy him grass’ – Rapper, Cardi B advises women ahead of Valentine’s Day

American rapper, Cardi B, has taken to Twitter to admit to her female fans that men deserve to get gifts for Valentine’s Day, but it has to be less expensive than the women’s gift.

She also shared a bit of funny advice to her female fans, saying that if their partners get them flowers on Valentine’s Day, they should return the favour by getting them ‘grass.’

The mother of one wrote: “Yes ! Men do deserve to get gift as well for Valentine’s Day, but the gift have to be less expensive than the girls gift . Soo if he buys you flowers you buy him grass.”

Davido and fiancee, Chioma allegedly fight over his entanglement with two women

Blogger, Cutie Juls claimed that the couple fought after Chioma confronted him over his extravagant lifestyle and entanglement with women.

“Hmmm so when Papa Ifeanyi arrived from Enugu eehn, there was big fight o. This happened just before he left for Ghana. Huge one.. Papa and Mama fight wella.

Papa go knack 2 different recently wey mama hear of am. Mama con vex wella.
Na in I con send out telegraph.. As mama heard the amount of money David spent on women, she con vex. Confronted David.. It was a very heated argurment.

It took David’s lawyer to restore some small peace between the couple before David jet out to Ghana.

Let’s pray for Mama and Papa Ifeanyi. No wonder peole thay saw David earlier on in Ghana said the way he was riding a motor bike carelessly on the streets of Accra yesterday, looked like someone who was either high or troubled.