The reality star, Cross got arrested by the South African police but was later released after a brief exchange.

he took to his Twitter handle in the early hours of today, 9th November to narrate his encounter with the police officers.

According to Cross, he had unconsciously flouted the country’s rules by stepping out when a curfew was declared. He revealed that he was taken to their office, where he told the security personnel that he had a South African name ‘Siyabonga’ and it was his first time visiting the country.

After some time, he was released.

“So SA I got stoped by your police, apparently there’s a curfew. They took me to their office, Omo nobody tell me ooo. So guys I tell them say I get name called siyabonga and my first time in SA and they smiled and I think they wan let us go ooo.

Omo japa japa. My bed they call me . Thanks guys We free now” 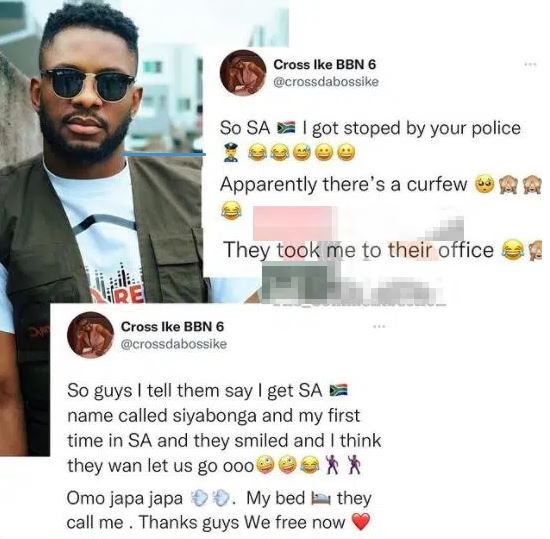 Davido make a tribute to his aide Obama 44 . 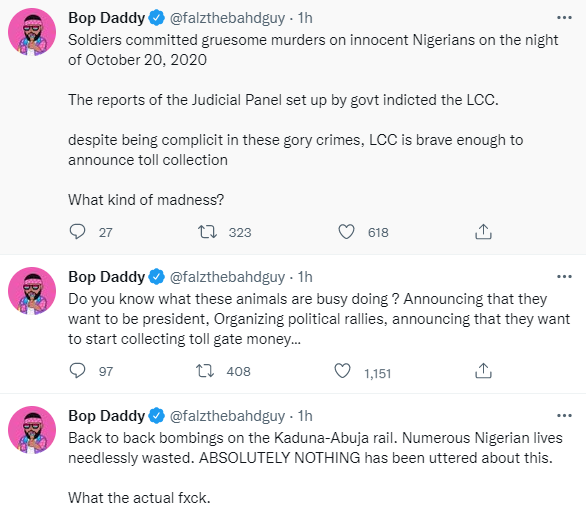